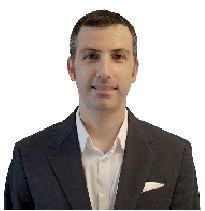 I am Stefano Biasiolo, currently I work as graphic designer and architect between Venice and Padua. I studied architecture in Venice and then I moved to London to improve foreing languages and increase my professional skills. I love travelling and learn from new cultures and in the last few years I have been travelling around all Japan.

Personal statements
Currently my placement at GiPrint in Piove (near Padua) where I am working as graphic designer and architect. I could consolidated my skills on the setting-up of shops, fairs and events. Whereas at H&A studio I worked in the architectural projects and constructions. Here I have contributed to project such as the award-winning Jiading Art Museum in Shanghai, China. To the design and project management of hotels and houses. I have managed my tasks, researched of alternative proposals and participated in group project meetings.

I keep study by my own architecture, design and also new methods of communication.
I have approached with passion the world of visual communication, where I work with several companies. I have gained knowledge and best execution skills of software for 2D and 3D graphics, the specific application most widely used such as: Adobe tools, Autodesk, Rhinoceros.
Additional Computing skills:
• Excellent knowledge of Windows, Mac OSX,
• 3D printer.